Budget GoKart said:
So here ill tell you this i did it just for a temorary spare tire i had a broken hub hf wheel i made scrap metal gussets and rewelded the hub and added gussets and high speed bearings and it worked great but then the next day the tire exploded.
Also id show pics but i sold the wheel with the four wheeler it was on
Click to expand...

Thank you for sharing your experience!

If you like hacking instead of new parts, be sure to start with a decent pick.

I had this wheel center failure happen on my yard kart. The wheel and hub is from a110cc ATV.

The tire was OK, but was worn badly when I got it from the scrapper. Paid cents a pound for the ATV front and rear clip to get started, then continued to pay for a set of 4 tubes, and damaged one of the tire beads trying to add the tube. Then had to replace bad brake pads, then saw the wheel center was breaking under stress.

ultimately decided to get a set of new 4 lug ATV wheels ($100 for 4 rims and tires). Also had to buy new hubs, larger rotors, new brake calipers and pads had to custom fab mounts, and upgraded to a larger master cylinder.

The new tires with better tread made it obvious the next thing to fix was all the worn bushings in the ATV suspension.

So even with mediocre brakes and nearly bald tires, the 110cc 3 lug ATV wheels could not take the side load of me and the yard kart. I think they would have been OK on a dolly though : )

That was on my first build, so on my second and third builds, I have tried to start with better junk, but still had to spend $$ redoing brakes and suspension parts if they are badly worn. 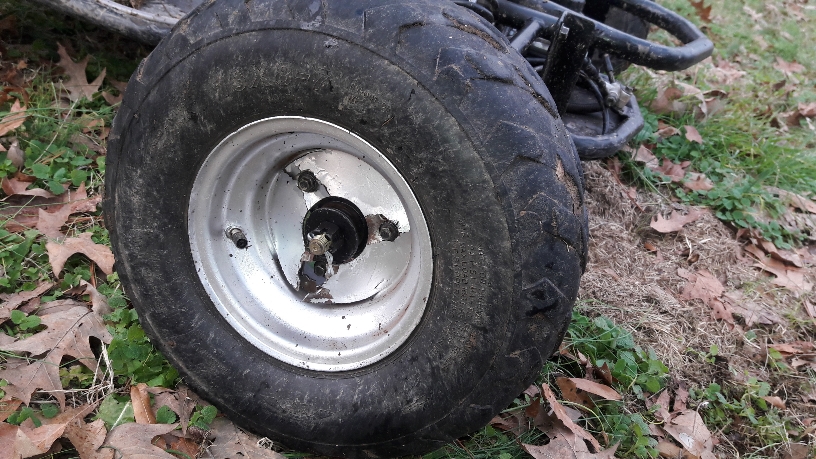 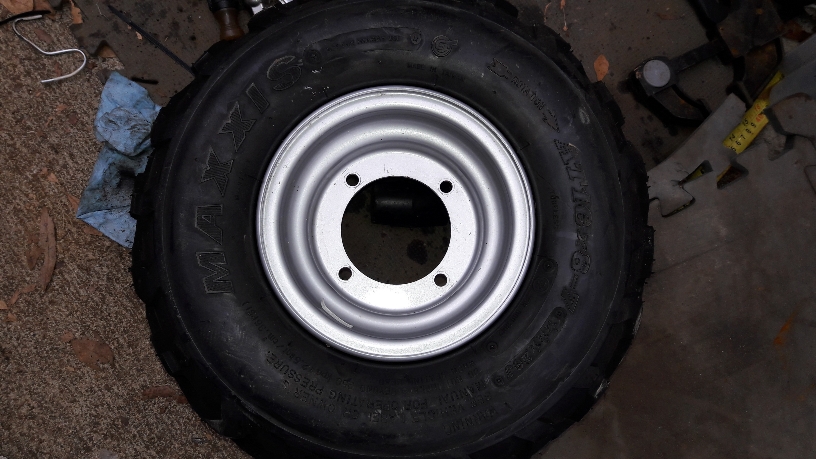 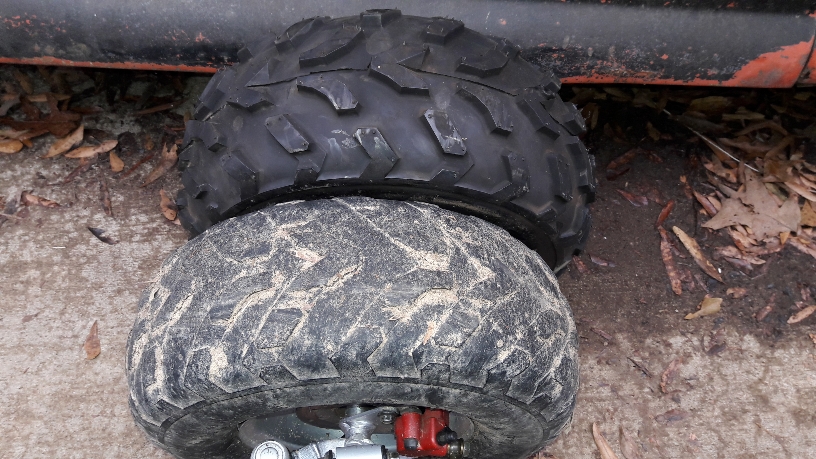 I am shamed to admit that I spent more on harbor freight wheels for my sons manco 415 than the wheels cost once I finally got in a better financial spot. Broken wheels and blown tires at $7.99 for the weekend didn’t seem to bad till we moved and counted all the scraps in the junk pile.

Those HF Wheels are junk

Those Harbor Freight wheels are good for nothing. Honestly.
K

As itsid is trying to get across to you, "buy decent quality and only cry once".

Has anyone had any experience with golf cart wheels? I have seen ads all summer for used golf cart wheels for sale. Seems like I saw 6" and the more widely used 8" as well. The going price is anywhere from 60 to a hundred dollars for four. Some even have hubcaps!
You must log in or register to reply here.
Share:
Facebook Twitter Reddit Pinterest Tumblr WhatsApp Email Share Link
Top