...I haven't seen him around for 2 months. I hope all is well with him.

I hope that's all... I miss his knowledgeable input.

I see itsid has returned...

7thofa2nd said:
I see itsid has returned...
Click to expand...

and also
... been struck by technical difficulties
it was a common lightning that struck nearby and the power went out for a second
(I only recognized the other day really that it did go out tbh)
Aaanywhoo.. overcurrent ate my PSU in my computer, and that decided to take the power regulator of my HDD with it or such..
luckily it was "backup night" sooo my backup file got corrupted in the process...
RIGHT! timing is everything
So finding a spare PCB for a 20 year old seagate barracuda wasn't as trivial as it was twenty years ago let's say...

And guess where each and every of my passwords have been stored....
no email, no amazon, no ebay, no nothing... (well my wife's account was used to order stuff alright still.. no email was kinda strange)

Anyways a few weeks to actually find some hdd close enough to ressurect my broken one
and it barely lasted long enough for me to retrieve my password archive...
sounds like a head picked up a spec of sand... really mean
so, Everything else can safely considered to be lost... I may have one.. maybe two more shots at getting some data back...
I will think about what's the next most important bit of data
Nevermind

strange weather lately..
this was today: 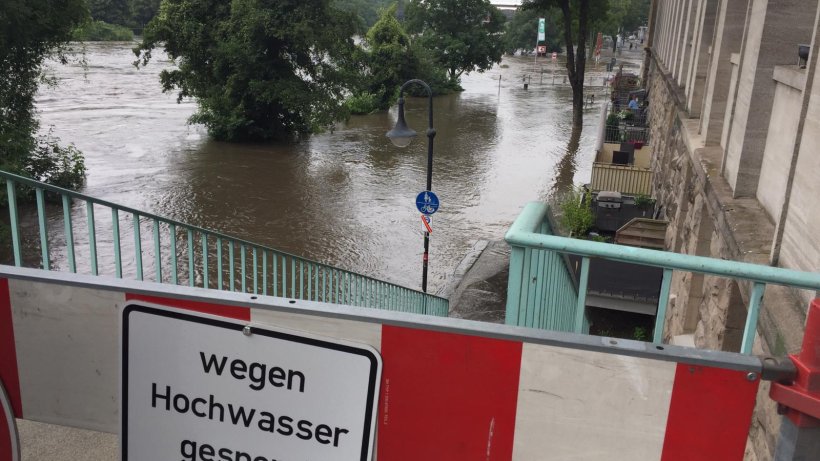 translate.google.com
And in case you wonder

was less than 300ft from my door

Sheesh... when it rains it pours. Wudda run of bad luck. I hope at least that you're doing OK healthwise... that's most important.

So... will we be seeing more of you around here now?

Thanks, yepp healthwise there's nothing to complain atm

and I hope so...
still a handfull of fires to take out (flooded basement and such, sis' motorcycle was stolen, some 'missed' emails caused trouble and so on)
But as intended two months ago.. I will be around on a regular basis again. (fingers crossed)

That's enough to keep you busy doing what you'd rather not...

Flooded basement... I can identify with that... usually only in the spring, but with all the heavy rain we've had lately, I have water streaming in from all 4 walls. Been giving some thought to turning the basement into an aquarium. .

7thofa2nd said:
That's enough to keep you busy doing what you'd rather not...

Flooded basement... I can identify with that... usually only in the spring, but with all the heavy rain we've had lately, I have water streaming in from all 4 walls. Been giving some thought to turning the basement into an aquarium. .
Click to expand...

You may need some yard re-grading to fix that problem. Not something you'll want to put off either.

I'm just now hearing about the flooding in Germany from national news here. Not something you'll hear about often.

I just heard on the news on my way to the hardware store that something like 140 dead from the flooding in Germany... that's very sad news.

I'm not going to take the bait on that one. But I don't watch TV and I only listen to music radio channels most of the time at work, so world news doesn't get to me much.

Glad to see you back

Lots of people seldom get current news, that's fine. Comment was really for itsid's benefit. Hopefully it would be gratifying to him to know that the leader of another country has the people of his own homeland in mind and cares about their tragic misfortune. Itsid, you can add to that my own prayers for comfort and peace to the people I always think of when such a tragedy occurs, the survivors who continue to suffer their loss.

thanks professor,
frankly I had the feeling that Mr Bidens words where more sincere than
how some german politicians acted these days.. worst example is the wannabe next chancellor
but since it's not a politics forum and 'what would you care about german politicians' I'll leave it at that.

It's heartwarming to have sympathies from all over the world in hard times.
and I thank you for that!

But at this point we've been lucky, noone I know has been harmed,
a flooded basement and the possibility of the lights going out or the internet breaking down
for me and that's essentially all the threat so far.
So while I know that people died in that flood..
that knife's dull by now...

let me explain, I try to avoid news as good as I can since maybe 1994 or such
I am affected by news.. bad news, bad mood and such.
Everything important I will get to know eventually (now my wife's taking perfect care of this... if it's important she tells me to read an article, listen to the news or watch the news on tv for that matter/day)

Only thing I fly over is the local newspaper (headlines mostly .. nearly no content really.. just to have an idea what's going on)
anyways.. usually that paper has (... had) one page of obituaries...
since Covid that grew to be up to FIVE pages never less than three

140 deaths are tragic no doubts about it...
compared to the 17000 deaths caused by covid in the affected area alone in the last 20 months it's business as usual almost
(I know.. it shouldn't be.. it MUSTN'T be... can't help it; one gets used to reading about deaths quite too easily IYAM )

I am way more shocked about what's going on in South Africa..
As I heard the news about Pietermaritzburg by accident I rushed home and watched the news ...
An angry pitch-forked mob on the streets that's something to be afraid of.

PS currently I am more worried about Paul than myself,
mainly because it's harder to judge what's happening literally on another hemisphere, than at my front door

Yeah S.A. is bad reminisces of the old Rhodesia from70/80's....Zimbabwe was one of several bad things that came out

Good thing is October feast is only 2-1/2 months away!

free to delete this, I am sorry to bring it up...history repeating itself really...sucks.

who is Paul and why worried? SA guy?

who is Paul and why worried? SA guy?
Click to expand...

Paul aka Landuse, lives in South Africa. Lot of interesting stuff going there. What caught my attention though is what's going on in Cuba, all I have to say is, it's about time.

Alex, hope you and your family stay safe over there with that flooding. That boat running into that building (bridge or dam?) Was crazy. Really hoping people affected in Germany and surrounding countries affected will have a fast recovery.

Yeah, thought so been watching since "last president was elected in" and the "other individual" was jailed last weekend.
I really enjoyed my month in in SA several years ago, great people and just loved it

Bansil, what kind of 212 supercharger did you have in mind? I've pondered that as a better choice than a turbocharger if I wanted to experiment around with something few if any have succeeded with.
My thought was using the blower out of my Dayton heat gun, or similar. Blowdryers are likely too flimsy to make one spin freely.
The motor shaft speeds up with the motor rpm, a CVT's output sprocket would only be affected by mph. I'm thinking the motor shaft driving the blower would eliminate variables, make a steady boost curve. The rpm curve and boost curve should be easier to match up for given boost application, would be like matching sprockets for a given gear ratio. Using a vacuum cleaner's "O-ring" type rubber belt?
How to get something to spin from shaft when CVT is bolted directly to motor? Or if it's just a clutch, not a CVT?
I've got to stop mainlining coffee.
You must log in or register to reply here.
Share:
Facebook Twitter Reddit Pinterest Tumblr WhatsApp Email Share Link
Top