i should explain it. think of something super over complicated that would be cool, but you dont actually have time or money to build? post it here!
ill go first! im thinking some type of lawn mower engine, like a 10hp flattie, peerless for a lawn mower. and mount it on top of an old solid car axle using a manual belt clutch. over complicated but could be used for amazing fuel economy in a gutted pickup truck or small car and could use a bigger engine for more speed and power.

or i was thinking its possible to build a custom four link solid axle for a lawn mower rear end, and run a belt drive easily. or i also think a old shaft drive rear can be easily converted for a four link type setup on a mower and still run a peerless and the mower engine. just gotta find a junk shaft drive atv of sorts 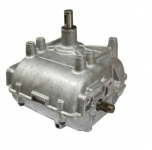 um, well I have a Chevy v8 1972 or 73 I believe and it would be super cool to build a road legal dune buggy frame around it.

write an essay on here about your ideas on how you are gonna build it lol. i neeed something to read.

Ok I need a work count and due date.

Karts of Kaos said:
Ok I need a work count and due date.
Click to expand...

ah well make one up

For a the better part of 8 years or so, over wanted to do my own Cummins swap. Went to college with a guy who bought a 1986 F350 with a first generation 12 valve Cummins swapped into it. At first I wanted to get an old body Ford F150 (so 1996 and prior) and drop in the smaller 4BT-A (A meaning that it has an air to air intercooler). Unfortunately I didn't have a job or could hold onto a job longer than 8 months after college. Eventually I lost interest. Really I lost interest because the engines were becoming stupid hard to get a hold of for $1200 or so with the transmission adapter plate. One guy ended up buying well over 100 Frito-Lay box trucks that these were dropped into and pulled the engines and transmissions. However, a lot of the engines ended up being left out in the elements, and that wrecked a bunch of havoc on the internals.

When I wanted to do this, gas and diesel were $2.50 to $3.00 per gallon. In a full size square body F150 4x4, people were claiming to get around 20-28mpg highway with one. Which considering the engine options back then (300 I6, 302, and the 351 Windsor), was pretty much doubling the fuel economy easily. I figured the swap with engine and truck would be about $8000, taking into account custom parts (engine mounts, drive shafts, fuel lines, gauge sending units). Had I had a decent job that i couldve held down back then, I was going to do it. I didn't do any favors to help myself.

I'm starting to second guess the feasibility of the VW dune buggy project or even the ST2 project, the former because some are saying its not worth the effort of rebuilding a 55 year old engine...just drop the cash on a new engine and keep the old ones as spares. Go through any of my posts since I've been on here for the last few years or other forums I've been on over the last decade and you'll see the insanity of my constant changing plans, second guessing, etc, etc...I probably drove a lot of people crazy with all my posts, stupid questions, my back and forth of what I want to do.
You must log in or register to reply here.
Share:
Facebook Twitter Reddit Pinterest Tumblr WhatsApp Email Share Link
Top