https://m.northerntool.com/shop/tools/product_200327077_200327077
WHAAAAT????!!!
A Honda GC190 OVERHEAD CAM, 3/4 inch horizontal shaft engine!!
And it's for some odd reason CHEAPER than the GX200 from Northern Tool!!
Makes me almost wonder if someone made a mistake!
So next time you need an engine, perhaps instead of turning to the Predator 212 as usual, maybe try this one!
Honda is giving Subaru a run for it's money!

There's also GC160 cammers.
From the site, it looks like they're designed for generators.
Last edited: Jul 2, 2019

Your enthusiasm is misplaced...or artificially fueled by a sugar binge, perhaps?

No one wants these Honda engines, OHC or not, because they’re not clones and there’s virtually no upgrade/performance parts available (I conservatively estimate zero). And as McKutzy loves to point out, the exhaust port is facing the wrong way. That right there is one of, if not ‘the’ major deal breaker.

Y’all have a nice day.

I swear, I do make a decent attempt at finding an unbiased review or article on the subject, but the interwebz invariably leads me to old DIYGK threads...

Hmmm, interesting.....
Did not know really, any of that.
It is interesting, though, to see Honda's attempt at an OHC.
Now that I know that, ~$290 is WAY too much.

Don’t get me wrong, they’re neat-o man, but I’d love to see a more performance oriented GC OHC engine built for us hobbyists. Maybe a hybrid between the GX and GC series?

I dig a timing belt that is in direct contact with the crankcase oil. The belt runs in an oil bath, man! Must be some super duper polymer or something that’s not degraded by petroleum.

If they were more reliable and had more performance parts, it'd be cool to put one on a go kart.
Plus it'd have the bonus of a smaller footprint.

JTSpeedDemon said:
If they were more reliable and had more performance parts, it'd be cool to put one on a go kart.
Plus it'd have the bonus of a smaller footprint.
Click to expand...

By all accounts they are reliable, very much so, but their stated purpose is (light duty) residential usage.
I think a big hint is the size of the fuel tank*

The GX series are called commercial engines, by and for people who use (and abuse) them every day in business.

Oooh look. “These are new and have been test ran by us. May have scratches and scuffs”; sort of a scratch and dent lot I guess. They may be "take-offs", engines removed from their appliance and sold separately.

Not a bad deal for $150+. They're not raping and pillaging on the shipping either, surprisingly. I have no connection with the seller.

I think everyone in this thread has forgotten that the GC160 engines have their exhaust pointed at your head....hence the fact that they are rarely seen on karts. Why they did this with these engine I don't know.

Aaaaaahh.......the smell of fresh exhaust fumes through your scalp!!!!

I know that everyone's giving the GC series a hard time..
BUT

1) the engine's exhaust port on my bike (on almost every motorbike I know -at least one port-) is facing forward!
so I can't see why the GC wouldn't make a decent mini bike engine tbh.

3) There are commercially made karts that use the GC series (clone) engines (or G series)
some smaller chinese kids buggies we've seen using some 70cc or smaller;
but there have been half scale cars with G or GX engines as well like the lorinser mini sl500 or the 911 jr...
Some might remember those even had gearboxes (2 or three speed with reverse) fittet..
(the reason we digged them up some time ago)

So yeah, it wouldn't be my first choice either..
but if you happen to find one hitchhiking on your local curb...
it's not a bad idea to pick it up.

With the lack of "performance"-parts you're bound to quickbreath and governor removal mostly
but the resulting ~5000 rpms in a super reliable package,
are certainly worth your while especially when you had a mini bike in mind anyways
where the "motorcycle exhaust" up front make it look rad

PS the Honda OHC engines are around since the the late seventies AFAIR, certainly longer than some are on this planet (JT ) so yeah..

Dingocat said:
3 times as long as JT!
Click to expand...

Just know that these GC engines using a cog timing belt, not chain. I'm not sure if these are non-interference or not but in case they are, hopefully you wont run into this issue. 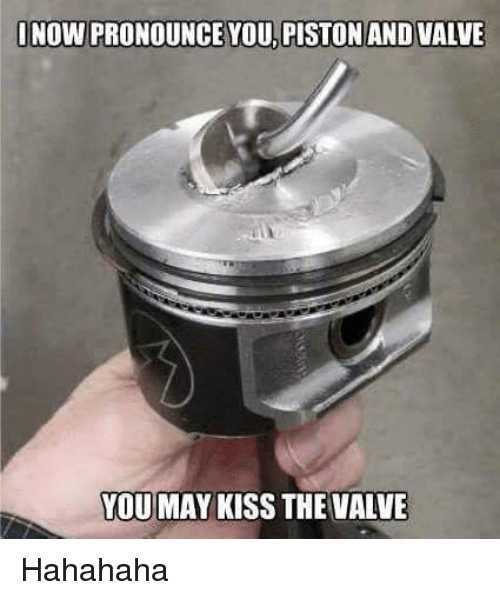 Pistons colliding with valves can happen in the OHC and OHV engines, but never in the glorious flathead.

Oh for sure. Just seems to be more common in OHC variants more. But man the memes are funny for them.

Ya know if your patient and you really want an OHC for a mini bike, you could wait around for someone to dump a Subaru Robin OHC. Those having a timing chain and have a similar block setup to OHV engines. Granted parts are expensive (at least a Benjamin and Andy Jackson [$120]) for a carburetor. But if you can get a GC for cheap, it wouldn't be a terrible thing to have.

You never know if it goes bad enough...

Dingocat said:
You never know if it goes bad enough...
Click to expand...

yeah but space would need to collapse in on itself for a flathead valve to meet it's piston..
so it's fairly safe to say it'll never happen

itsid said:
yeah but space would need to collapse
Click to expand...

Better keep it at 87mph or less just to be safe.